Things to Do in Barnwell County

Barnwell County in South Carolina was named after John Barnwell, a local figure in the Revolutionary War. 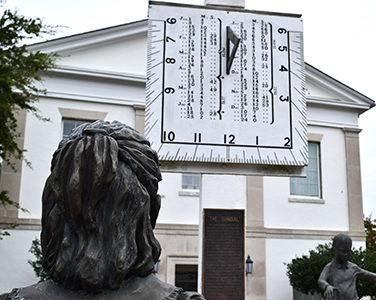 The original courthouse, built in Boiling Springs in 1789, was succeeded by several buildings on the present site. The present courthouse was built in 1878-79. The unique vertical sundial in front of the courthouse was given to the town in 1858 by Joseph D. Allen, who was a state Senator from Barnwell at that time. Legend has it that this is the only vertical sundial in the United States and though erected prior to standard time (1883), it keeps within two minutes of that.

Exhibits include artifacts and information about the early days of the town and general area. Open Tuesday 2-4pm, during special events and other times by appointment.

Blackville Historic Tour Your step-on guide will present historical downtown, churches and homes, Healing Springs, Civil and Revolutionary War sites and the Mennonite Community. Choose the Mennonite Church History and Culture option and one of the church elders will invite you in and share the history of their church and a bit about their way of life. Another option is a visit to Lill's Herb Garden. Here Lill shares her herb garden and secrets for growing, preserving and using herbs. You may choose to end your tour with the Afternoon Tea option. You will be welcomed into a Mennonite home where you will enjoy a choice of several kinds of tea as well as sandwiches and pastries. A trolley is available for the town portion of the tour for an additional fee. 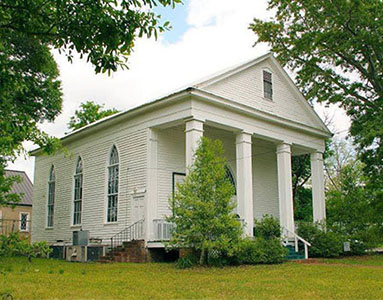 Native Americans believed in the springs' natural healing powers and brought wounded Revolutionary War soldiers here to drink. Locals still believe in the springs' powers and drink its waters. In 1944, the acre of land the springs are on was legally deeded to GOD by LP "Lute" Boylston. Open during daylight hours.

Formerly the Leigh Banana Case Company Commissary, this historic building was moved to its present location in the early 1950's. In 1998, Master Potter, Liz Ringus moved her pottery business to this location. Her hand-turned Paw Print Pottery, SC face jugs and other local artisans are showcased on premises. 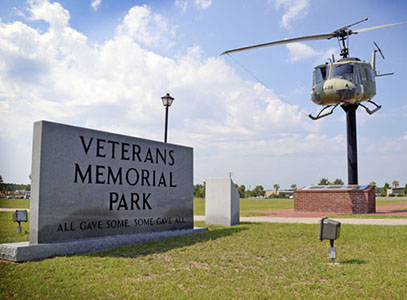 Return to Things to Do