Things to do in Bamberg County 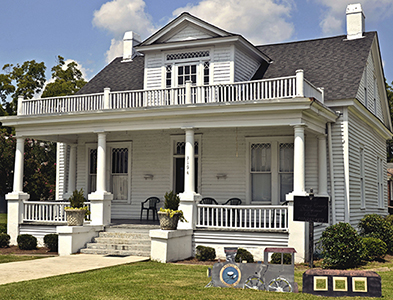 A significant collection of buildings built during 1875-1930 which presents an accurate depiction of Bamberg's history. Lying along both sides of what was once the Southern Railway, this residential neighborhood was home to several locally important citizens such as General Francis Marion Bamberg and Jesse F. Carter, former S.C. Senator. Another prominent building was the Bamberg County Courthouse which, with its construction, secured Bamberg as the county seat. Speckled amongst the vernacular residences with prominent porches and carpenter ornamentation are larger buildings of various architecture style including Georgian Revival, Second Empire, Neoclassical and Gothic Revival. A walking tour brochure is available for purchase from Bamberg County Chamber of Commerce, 604 Airport Rd. Contact for hours of operation.

Off of SC 641, 7 miles SW of Ehrhardt. The site is 390 acres and includes the battlefield, an award-winning battlefield interpretive trail, the memorial grounds, a community building and a picnic shelter. The significance of the site centers on the Civil War battlefield, where on February 2 and 3, 1865, a small force of Confederate soldiers in field fortifications opposed the advance of Sherman's army. The well-preserved earthen fortifications are the centerpiece of this important battlefield landscape. Listed on the National Register of Historic Places. Th-Mon 9 am-6 pm. Admission for Saturday tours.

'Cotton the World Over'

The Mural is located in the lobby of the Bamberg Post Office. One of sixteen in South Carolina, the 6' x 12' oil canvas mural was painted by Dorothea Mierisch in 1939 as a New Deal Art Program. The Bamberg Post Office is listed on the National Register of Historic Places. 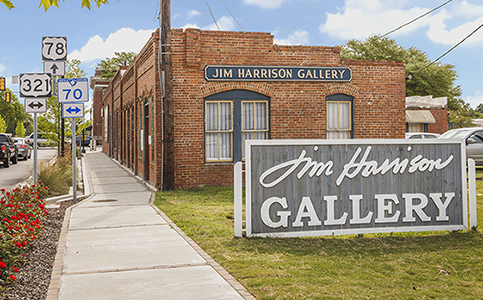 Denmark has several stores for your shopping pleasure. You can choose from an old time five and dime store, an antique store in a building with a history all its own, an art gallery or a hardware store that sells everything from lumber to fine china.

Float down the South Fork of the blackwater Edisto River from any of three launches found in Bamberg County. Choose from Claude's Landing, Bobcat Landing, or Brabham's Landing. Organized trips held throughout the year by the Bamberg Chamber of Commerce. Call for dates and locations.

Return to Things to Do